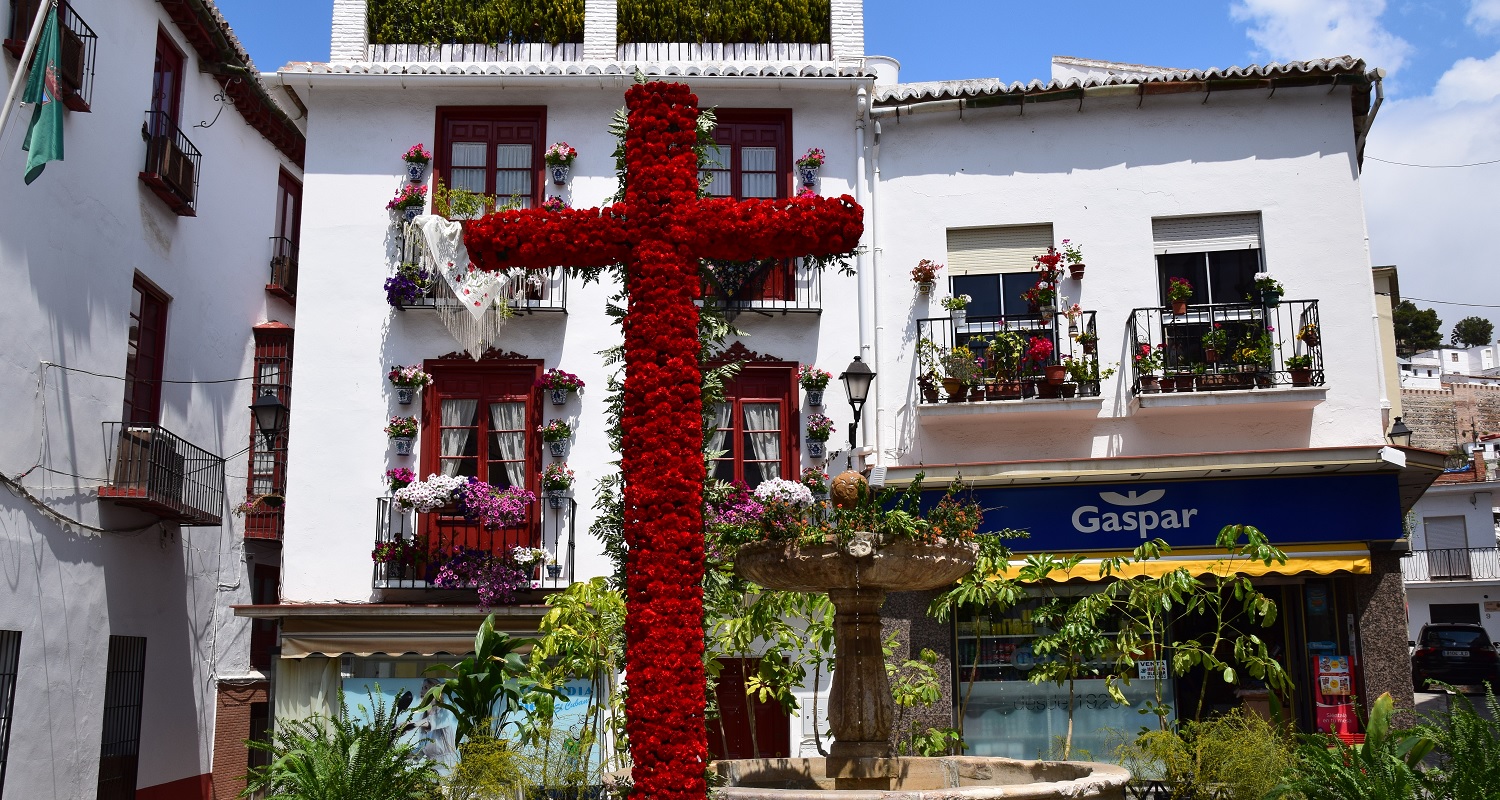 What is it? The Cruces de Mayo – or May Crosses – revolves around the creation and display of beautiful floral crosses in patios and squares in Velez-Malaga for a weekend (usually the one closest to 1st May). Some are created by associations such as businesses, neighbours or charities; others are privately made. The Town Hall gives prizes for the best crosses taking into account creativity, flowers and lighting. 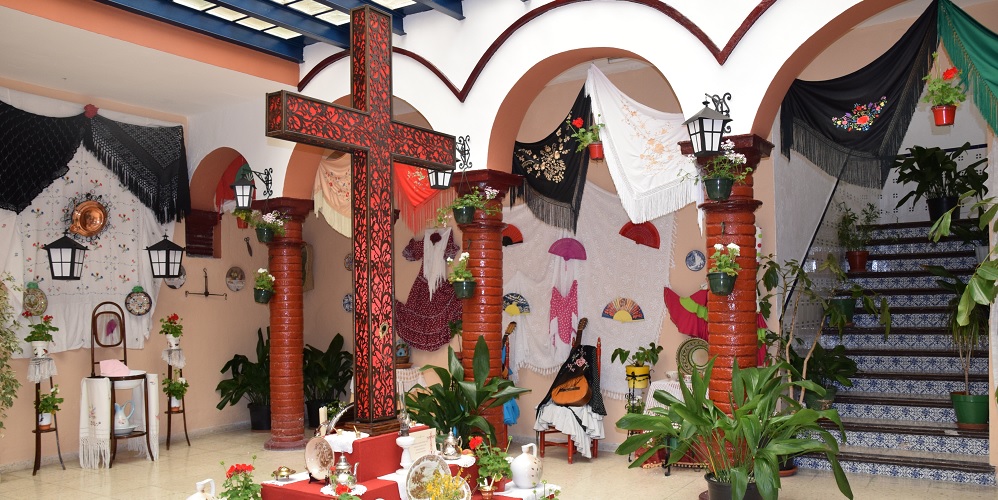 The best day to visit is 29th April: there’s folk dancing and music as well as entertainment for children from 12.00 until 20.00hrs.

Where is it? There are 15 crosses in total, spread out across the whole of Velez-Malaga:

You can find a map of all the Velez crosses on the APTA website: Apta.axarquiacostadelsol.org. 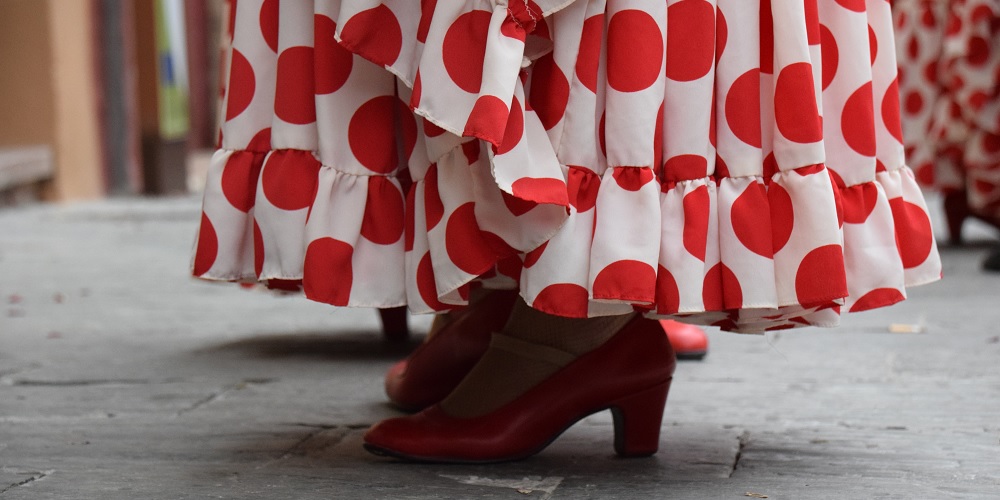 Why should you go? An old tradition that the town’s people are trying to bring back, it’s an opportunity to have a look into some otherwise private houses, as well as being a nice way to walk around Velez before a leisurely lunch or supper.

How much is it? Free

Where to park? Parking El Carmen or Parking San Francisco – see our parking page for details.

A short history: Away from Velez, the most famous Cruces de Mayo celebrations are held in the patios and squares of Cordoba and Granada. The festival originates from Saint Helena, the mother of the Emperor Constantine I. It’s said that before a victorious battle, Constantine saw a vision of a cross that led him to convert to Christianity. To find the True Cross – the one on which Jesus died – he sent his mother to Jerusalem. There she found three bloody logs which she believed to be the True Cross. To test these of their validity she lay them over sick people and they miraculously became well. On Saint Helena’s death and in her honour, as well as that of the True Cross, the celebration of the May Crosses began.

The traditions by which we associate the Cruces de Mayo festival now originate from pagan festivals, such as May Day, brought to Spain by the Roman Empire.