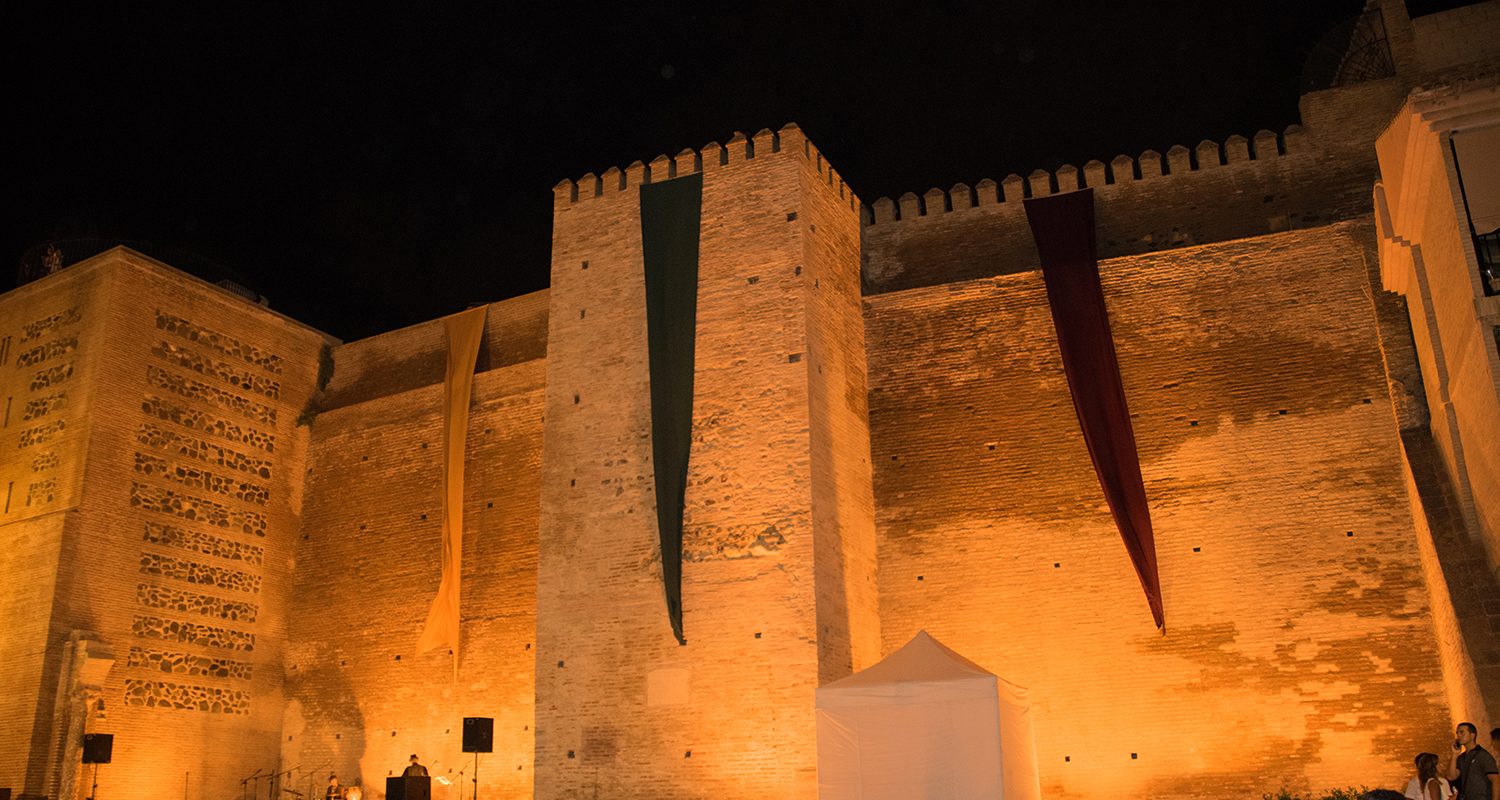 Along with the Fortaleza and the minaret of the Church of Santa Maria, Velez-Malaga’s walls are a striking and ever-present reminder of the town’s Moorish past…

The city walls, or murallas, that line one side of the Plaza de la Constitucion are one of the more impressive historic sites in Velez-Malaga. To understand them we would first recommend having a read about the town’s Fortaleza, here.

The old town of Velez-Malaga extends out from a typical Alcazaba (Moorish fortification) with two sets of walls. The immediate walls around the fort were for protection against attack. The outer walls which are visible today were originally built as the first line of protection and would have encompassed an area of almost 35,000 square metres.

History of the Walls

The original Velez-Malaga settlement grew between the two sets of walls before eventually spilling out in the 13th century to form the old town that you see today. Before the town broke the boundaries of the outer walls there were three gates that granted access: Granada, Malaga and Antequera. The Malaga gate is today known as Puerta Real and gives access to the La Villa barrio of Velez-Malaga. 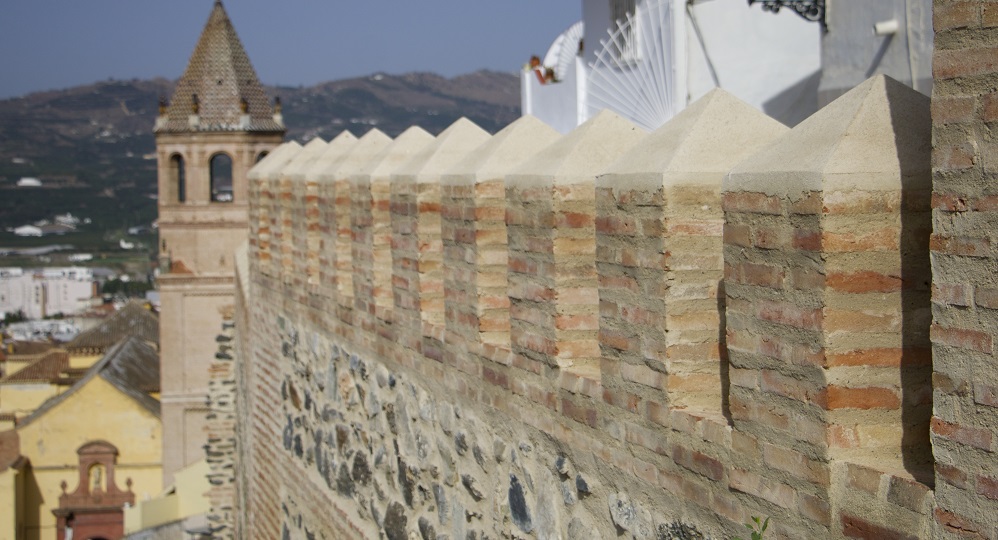 By the 15th century Velez was a major settlement on a key trade route between Malaga and Granada. Six major roads led to one of the three gates of the Moorish Medina, which would likely have been covered in colour, paintings and murals in the true Moorish style. As a result of these gates, the important citadel was more vulnerable to attack and so the walls were made larger and reinforced.

Fall of the Walls

Over the years, as the town became less and less vulnerable to attackers from land and sea, most of its walls were either built in front of and hidden from view or picked apart and used for the construction of neighbouring houses. Those in the immediate vicinity of the Fortaleza were also pulled down in the 18th century when the area that the fortress was built on was found to be rich in limestone and was given over to quarrying.

For the best idea of how huge and imposing the surrounding walls once were, wander through Plaza de la Constitucion. A large reconstructed section of the wall that once completely encompassed La Villa and Arroyo de San Sebastian is unmissable here.

Rejuvenation & Resurrection of the Walls

It wasn’t until 1967 when the local government re-purchased the land that restoration and reconstruction of this important piece of Velez history could be set in motion. 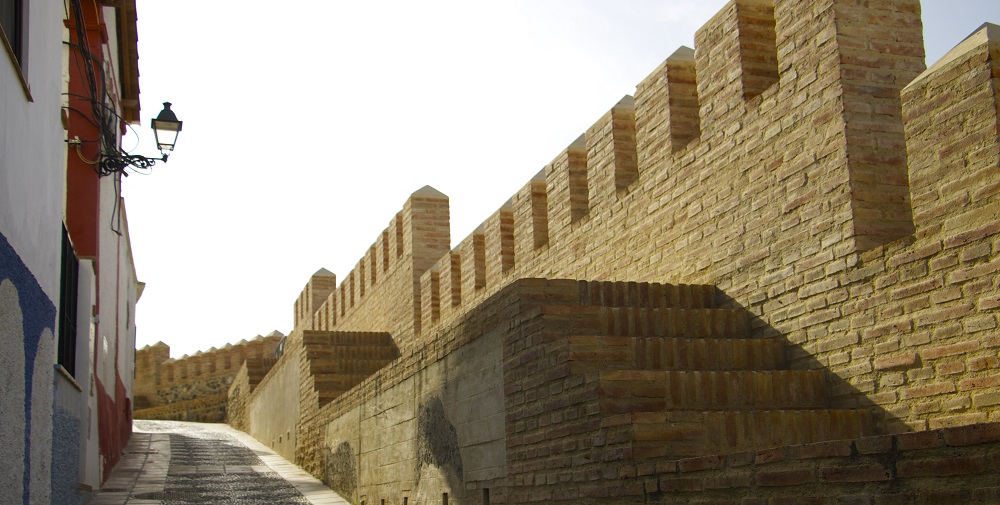 To walk through the old town, following the path of the old walls on your route to the fortress is to wander through the history of Velez-Malaga. The closer you get to the fort, the older and more Moorish-feeling the architecture becomes and it’s easy to get a sense of what life must have been like behind the protection of the walls.

End your visit by heading up to the top of the fortress tower for spectacular views over the town and try to imagine a time when the walls were necessary for protection and this vantage point was used to spot approaching threats. 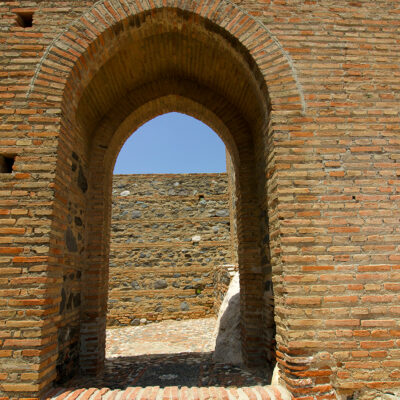