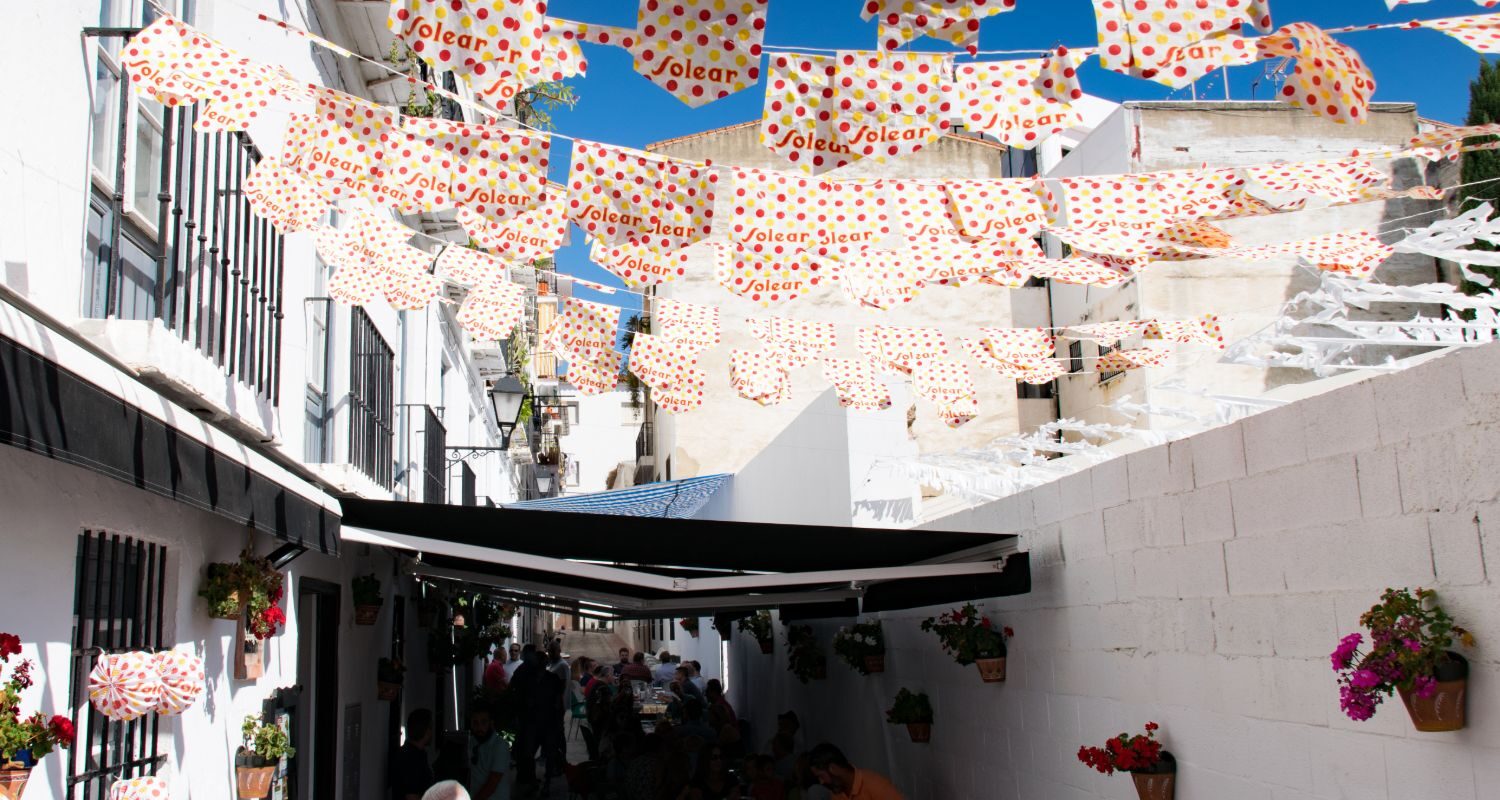 Let’s get organised! Here’s a go-to list of ferias and fiestas in Velez-Malaga.

It’s really difficult to do a list of what’s on in the Axarquia a year in advance as the organisation is a little on the… ad hoc side. However, we realise that you’d like to plan your holidays around events and activities, so here’s an outline of the main events happening in and around Velez-Malaga with a guideline of the dates.

The following dates are for 2019, but ferias always fall over a weekend:

Easter is a changeable date, but the festivities and processions all happen in the six days leading up to Easter Sunday. This year it falls on 6 – 12 April 2020.

For more information on Easter, we have a guide here and an itinerary of Easter in Velez.

Romerias in southern Spain involve a pilgrimage where an effigy of a patron saint is carried out to the country for the night. Expect oxen, horses, carts, traditional dress, lots of music, dancing and a very late night of partying.

The following dates are for 2019, but again they always fall on a weekend:

Before Lent commences there’s a big party – Carnival – where people get dressed up and throw themselves into a parade.

It takes place approximately 6 weeks before Easter 7-9 February 2020. On the Saturday there’s a huge parade around Velez from 17.30hrs.

The Epiphany – The Three Kings

This is the equivalent to Christmas for Spanish children. The Three Kings visit and leave presents for the children. On 5 January the Three Kings leave the Fort in Velez-Malaga at 11.30hrs and from around 17.30 there’s a parade around Velez.

We’ll keep dipping into this page and updating the dates as and when they are released. Keep an eye on our Facebook and Instagram page as well as our What’s on section of this website for more details and other events happening in the Axarquia.