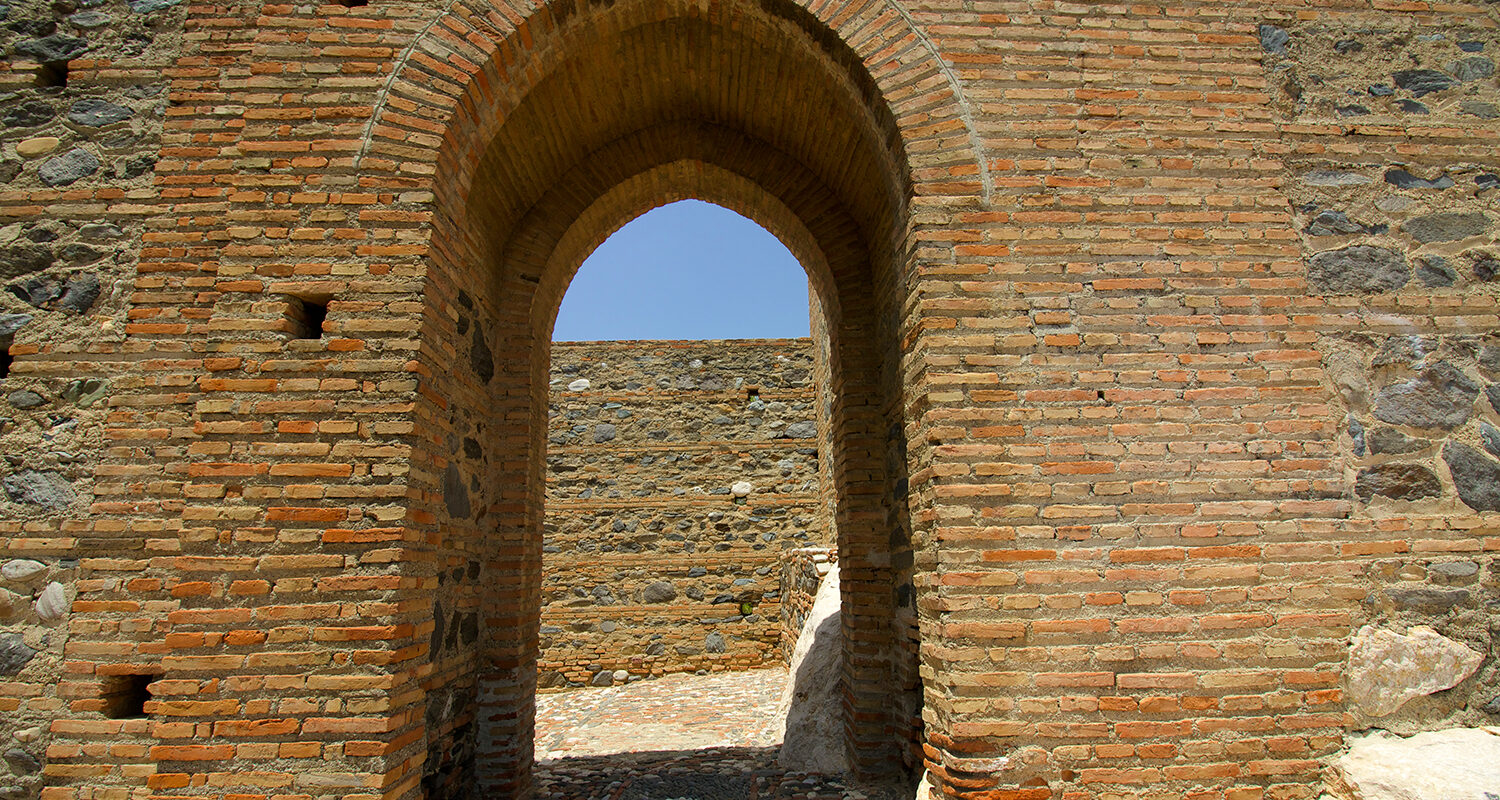 Velez-Malaga has lived through a turbulent and rich history marked by pirates, Moorish invaders, earthquake and civil war. Despite the pressures faced, many of its historic buildings still survive and are open to explore today. A mixture of styles typifies some of the important buildings of the town, from the Mannerist style of Palacio Beniel, to the Baroque and Mudejar Las Claras and the Moorish design of the Mihrab archway.

Make sure you see some of the following on your next visit to Velez to get a real feel for what makes the town unique today.

Palacio Beniel is an impressive building, constructed of brick and stone in the Mannerist style, sitting in contrast to the whitewashed buildings that surround it. It was built in the early 1600s by the Molina and Medrano families, and their coats of arms can still be seen inside. Typical of Andaluz style the building spans out from an internal courtyard open to the elements and bathed in marble. Wonderful detailing can still be seen inside, such as an elaborate Mudejar-style carved wooden ceiling. It now houses the Maria Zambrano foundation and has a room dedicated to the poet and painter Joaquin Labato. It’s also the centre of culture for the town and holds the historicla archives in a new building accessed from the back of the palace. 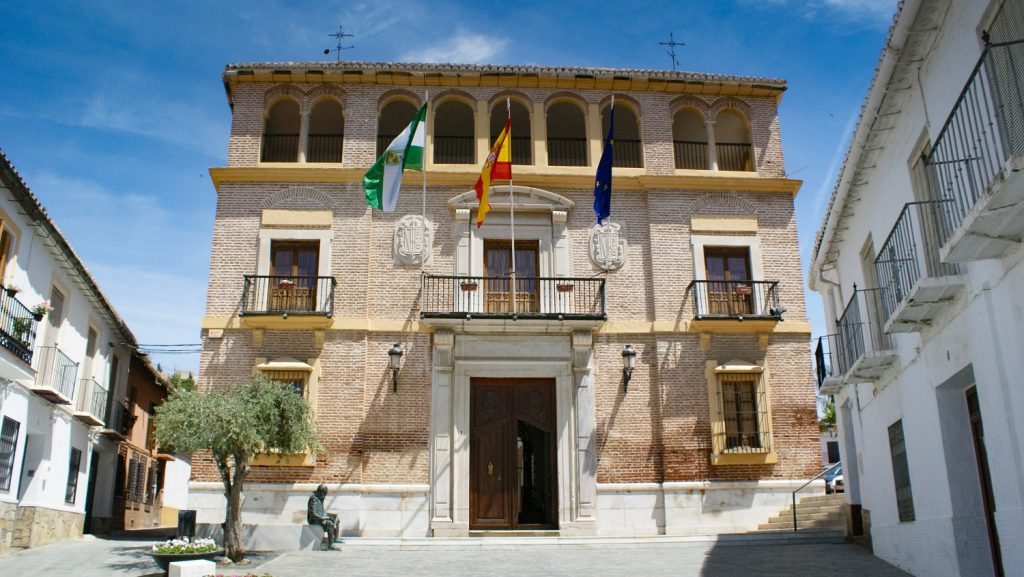 The monastery was moved to its current location after being built in the historic neighbourhood of La Villa. Now located on Calle Felix Lomas it has been afforded much more space. When it was re-built here in 1555 much of the style was Mudejar with an extensive inner courtyard to the back surrounded by elegant arches. The earthquake in 1884 which devastated parts of Andalucia also shook the monastery which explains the baroque appearance of the building after its renovations. Privately owned and left to decay until 2017 it is now owned by the town hall. The future of this building is unclear although there has been news of a college of further education moving in, when this will happen we are not sure. In the meantime if you’re lucky, the doors might be open as they occasionally host flamenco evenings and concerts in both the chapel and the courtyard. 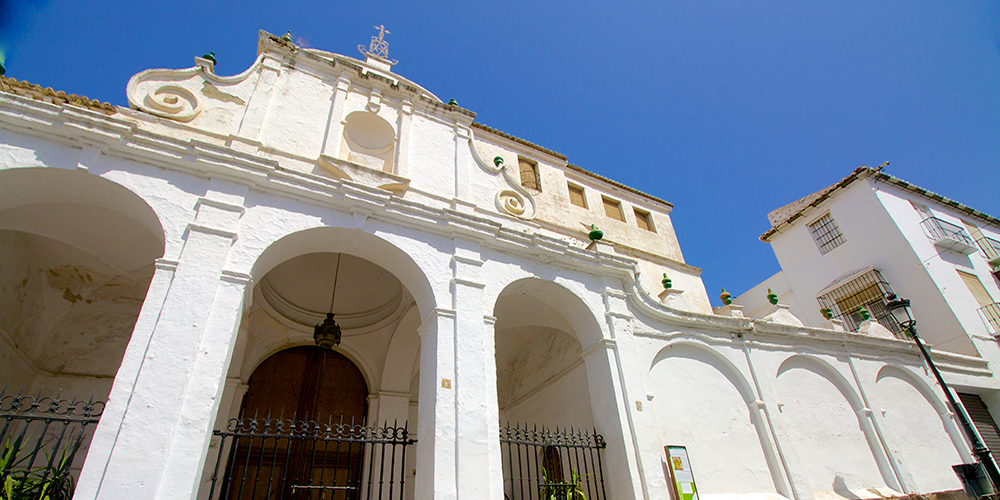 The Mihrab archway is located in a small building behind the Palacio Beniel. This ancient archway was found after the owners of the house passed away. Mihrab is an Arabic word meaning a niche or nook in a wall indicating the location of Mecca, and the direction for prayer. The house was quickly bought by the government in an effort to preserve the unique structure which would have once been part of a Nasrid mosque on the very same site. If you’re in the area make sure you take a look at this surviving reminder that demonstrates the incredible history of Velez-Malaga.

There is also a fort complex in Velez and a handful of museums set in historic buildings.

The Axarquia region, east of Malaga in Andalucia i 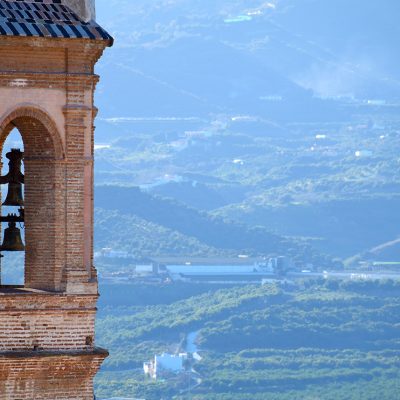 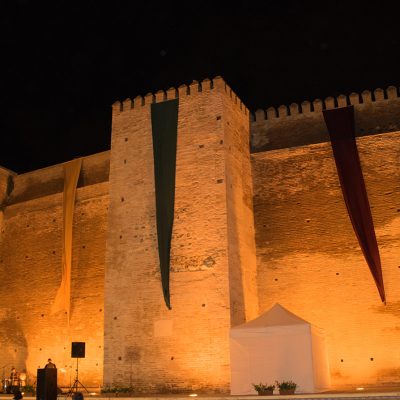