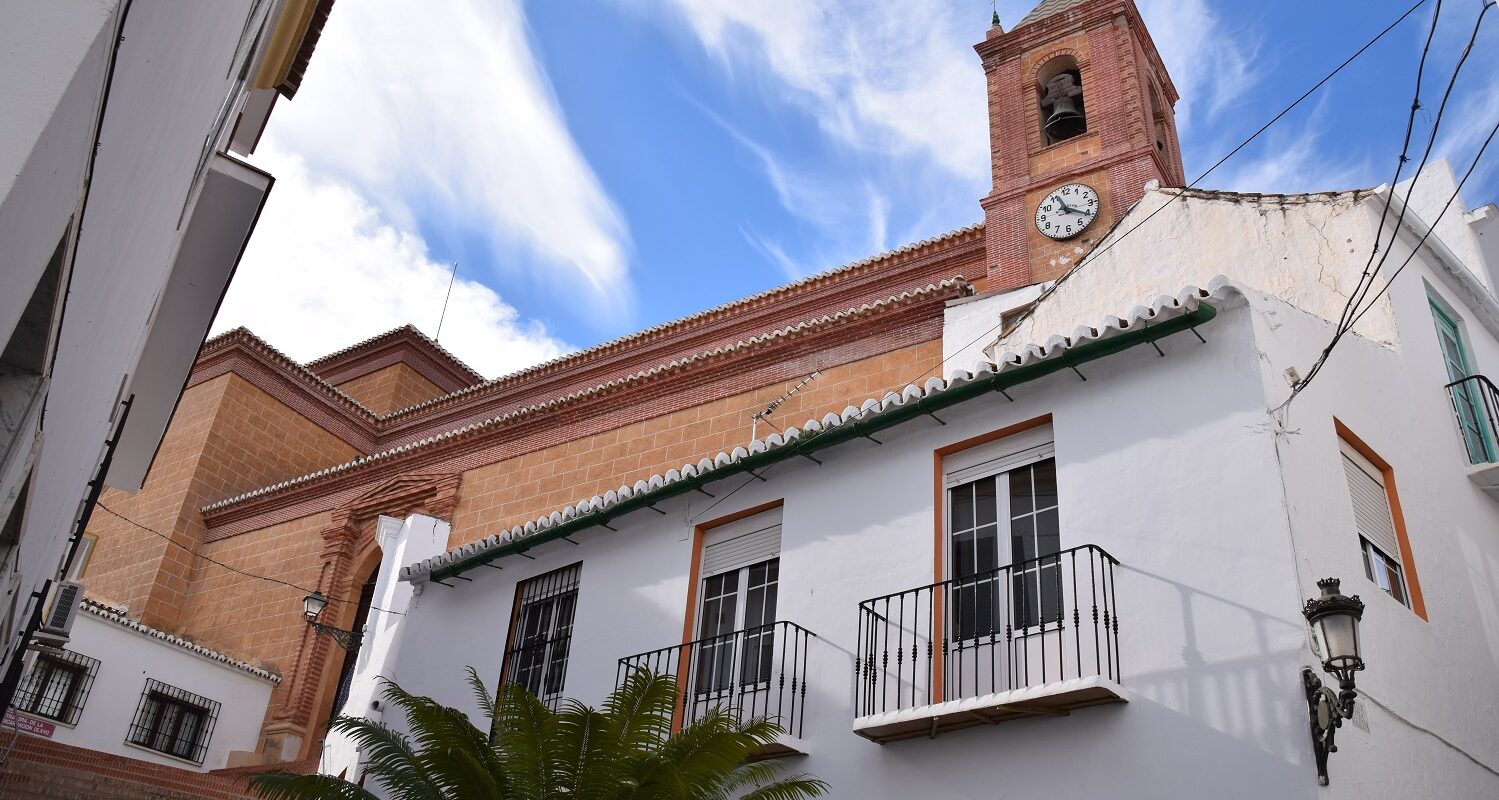 Torrox is… well, it’s a funny sort of place. Why? For starters, it’s not just one place at all – it’s divided into three different parts: Torrox pueblo, Torrox-Park, and on the coast, Torrox-Costa and El Morche.

Located to the east of the Axarquia and flanked on one side by the sparkling waters of the Mediterranean, and on the other by the Sierra de Tejeda and Almijara natural park, it manages to be both a typically charming village and a pleasantly down-to-earth seaside resort town. 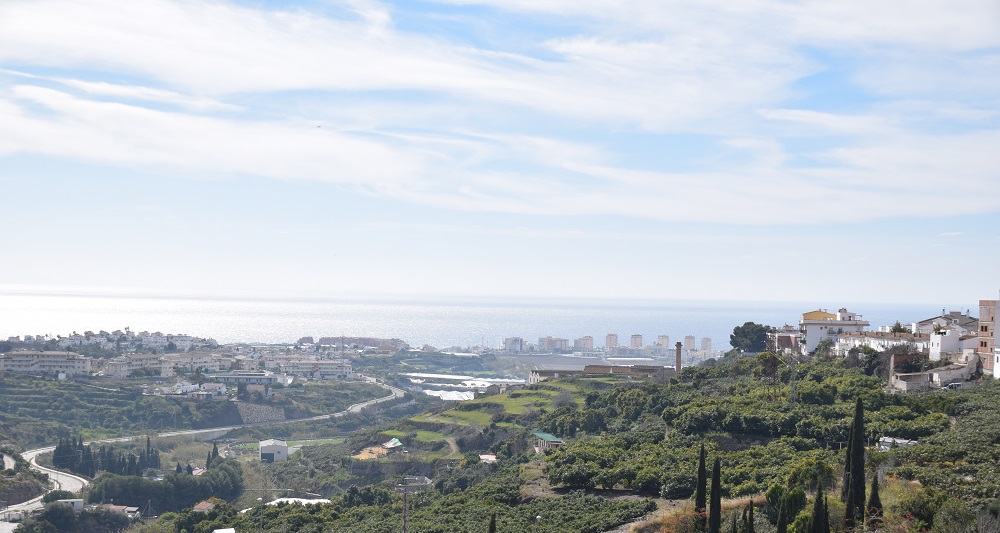 Its greatest claim to fame, though, is probably as the place with the best climate in Europe. Tucked into a verdant valley between the mountains and the sea, it has its own balmy microclimate with average year-round temperatures of 18°c. 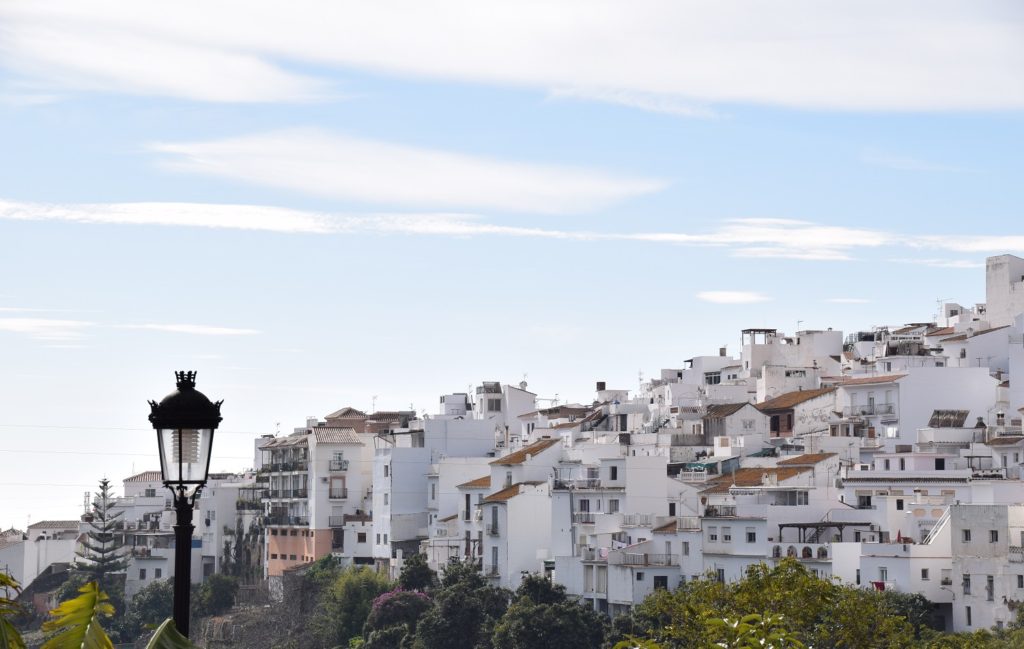 A Short History of Torrox

Torrox Pueblo has a much richer history than Torrox Costa. The coastal area was inhabited simply by fishermen and farmers until the tourist boom of the 70s. 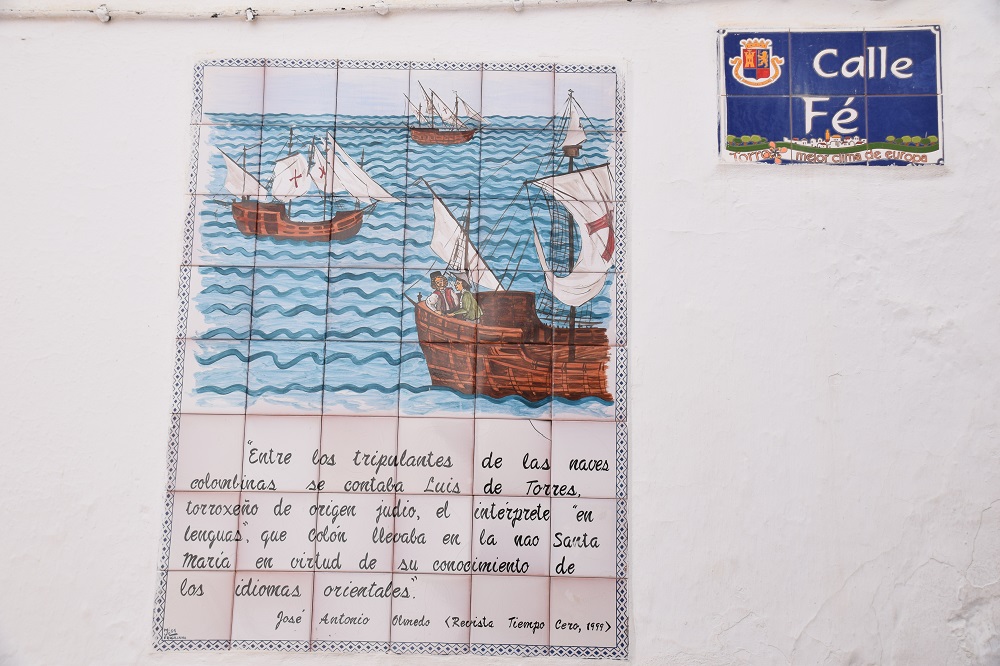 The ‘pueblo’ by contrast has a long and varied history. Between the 1st and 4th century AD, Roman Torrox was an important centre for the production of garum, a paste made with the innards of dried fish that was exported to Rome, where it was considered quite the delicacy.

Between the 4th and 8th century Torrox was occupied by the Visigoths when it was known as the ‘City of Arches’.

The Moors quickly followed, pouring into the vacuum left by the collapse of Visigothic Spain. In 755 the Umayyad Prince Abderraman I went from Torrox with his supporters to Cordoba. A year later he founded the Umayyad dynasty of Cordoba, one of the high points of Moorish Spain.

During the Nasrid period (14th and 15th century) Torrox was a very important producer of silk which was sent to the neighbouring cities of Malaga and Granada. A remnant of that past can be seen in one of its main streets, the Paseo de la Moreras, named after the groves of Mulberry trees which once surrounded the town.

Torrox was reconquered by the Catholic Kings in the year 1487, after the fall of nearby Velez-Malaga.

Little remains of Moorish Torrox. As a result of the Napoleonic invasion – when troops destroyed the castle – and a devastating earthquake in 1884, Torrox Pueblo suffered a lot of damage. 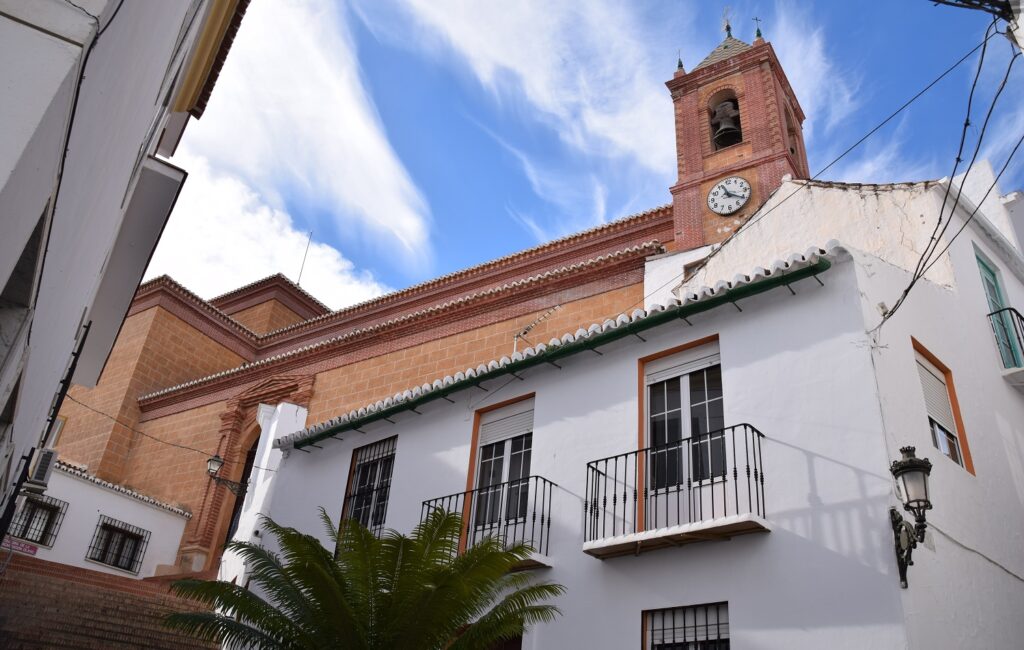 Things to See & Do in Torrox

In Torrox Pueblo the main attractions are:

1. The church of Nuestra Señora de la Encarnación with its baroque structure and three naves. It was built during the 15th century on the site of the town’s main mosque.

2. The Palace of la Hoya (Torrox courthouse) where King Alfonso XII stayed in 1885 after the earthquakes in Torrox. 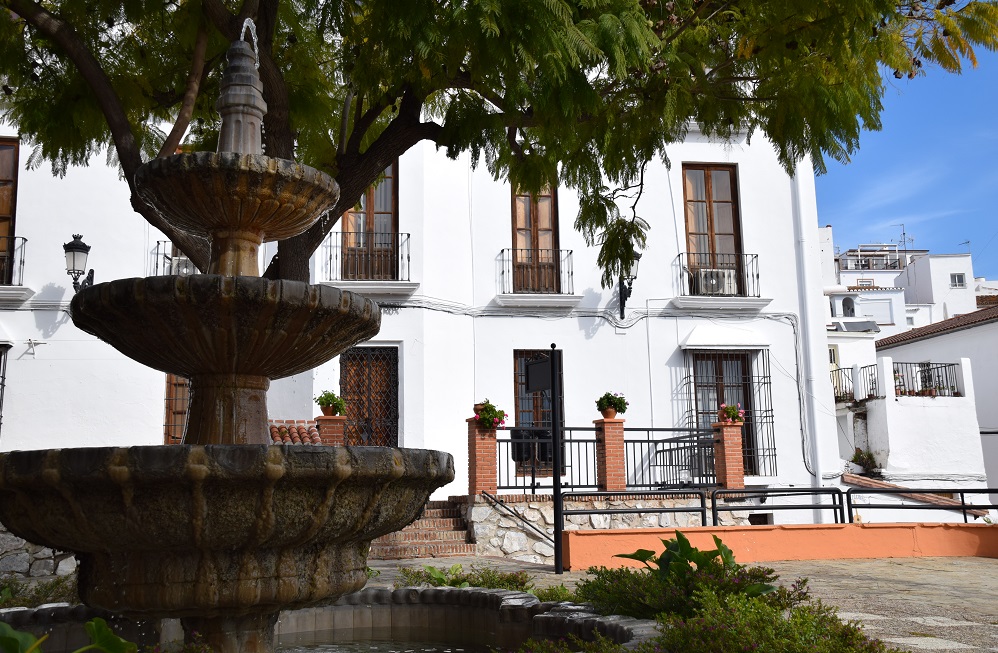 3. The Church of San Roque. Located in a beautiful square and built in Neo-Mudejar style at the beginning of the 20th century, it’s no longer used for worship. It’s a very handsome building that’s well worth seeing from the outside, though. 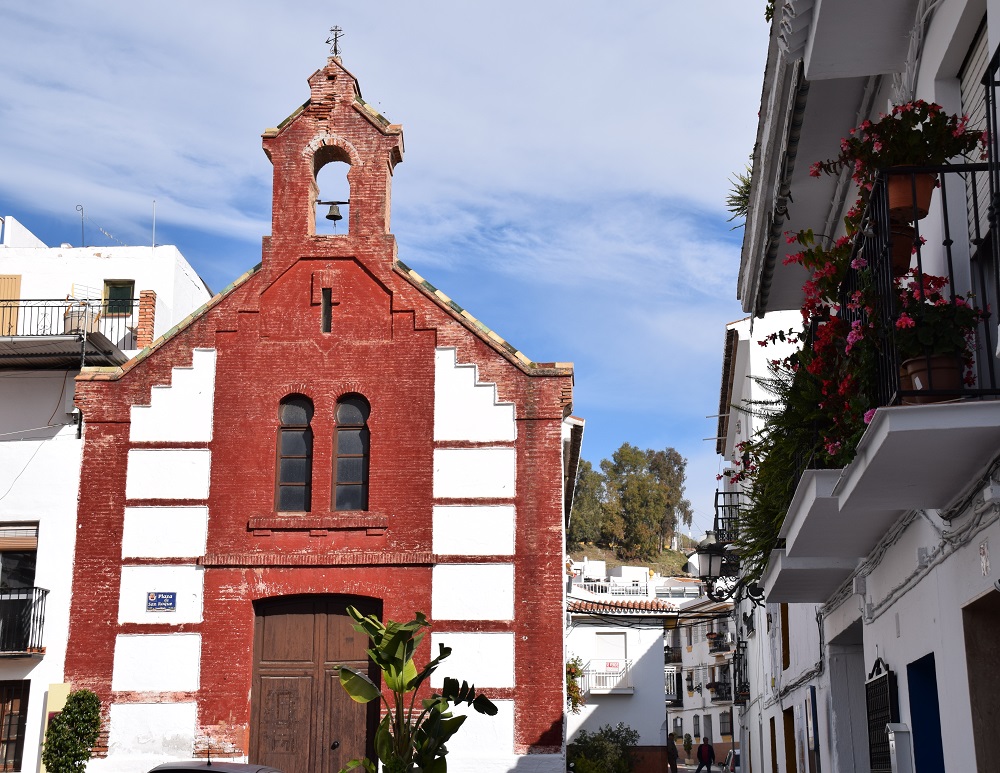 4. It’s worth getting lost in the labyrinthine old town for an hour or so. Here you’ll find narrow streets lined with typical white houses decorated with tiles and flowers. 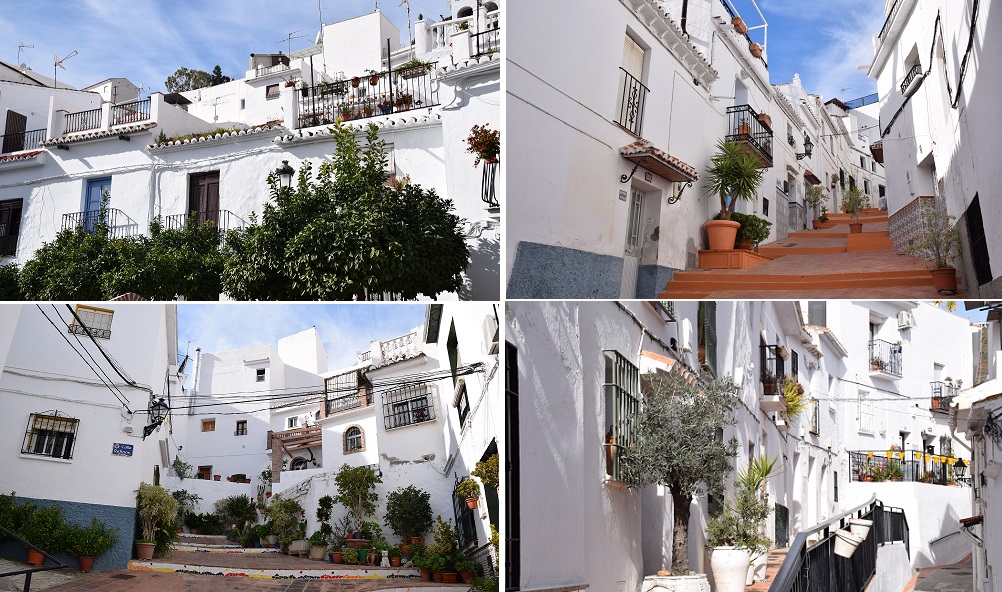 5. Something that can’t be ignored is the monastery of Nuestra Senora de las Nieves. Sitting just outside the historic centre and built during the 16th century in Mudejar architectural style, it has incredible views to the Mediterranean Sea. 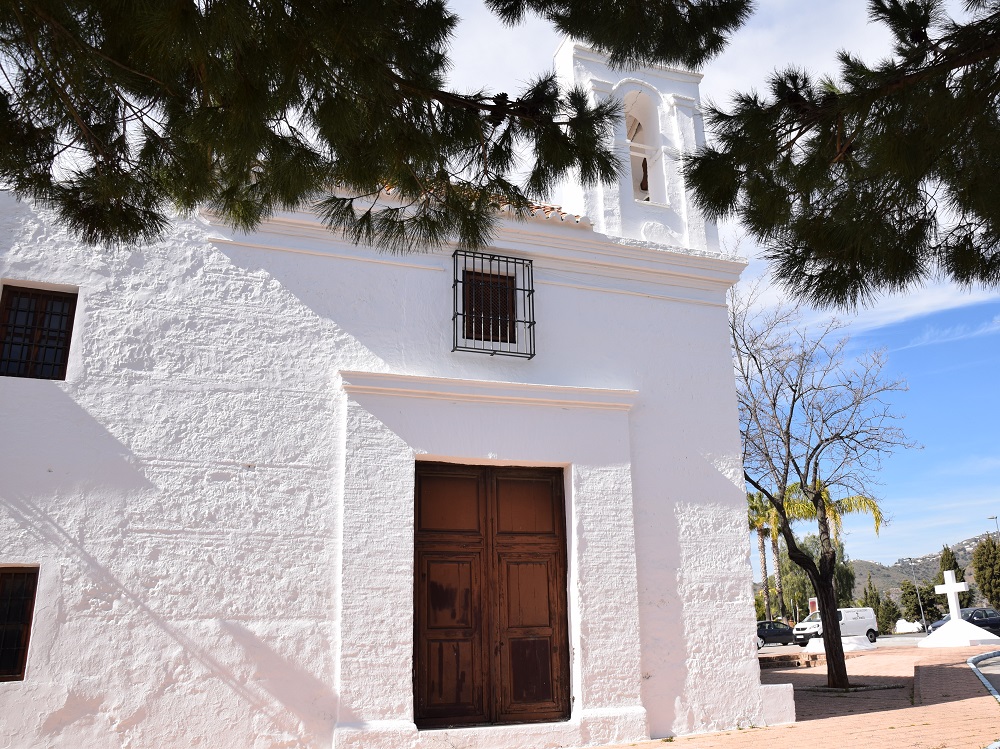 6. The odd piece of Moorish architecture that still peeks through – like the ‘Moorish Tower’.

1.On the coast we’d definitely recommend a visit to Caviclum, a Roman garum factory. There are ruins of an old village, the garum factory, a potter’s workshop where they produced all the clay pots to export the garum and olive oil, some Roman baths and a visitor’s centre inside the neighbouring lighthouse.

2.Take a stroll along the promenade and enjoy the good weather on the beach. There are lots of cafeterias and restaurants to have something while kicking back and watching the beautiful sunset.

3.There’s a great playground on the promenade for children of all ages. 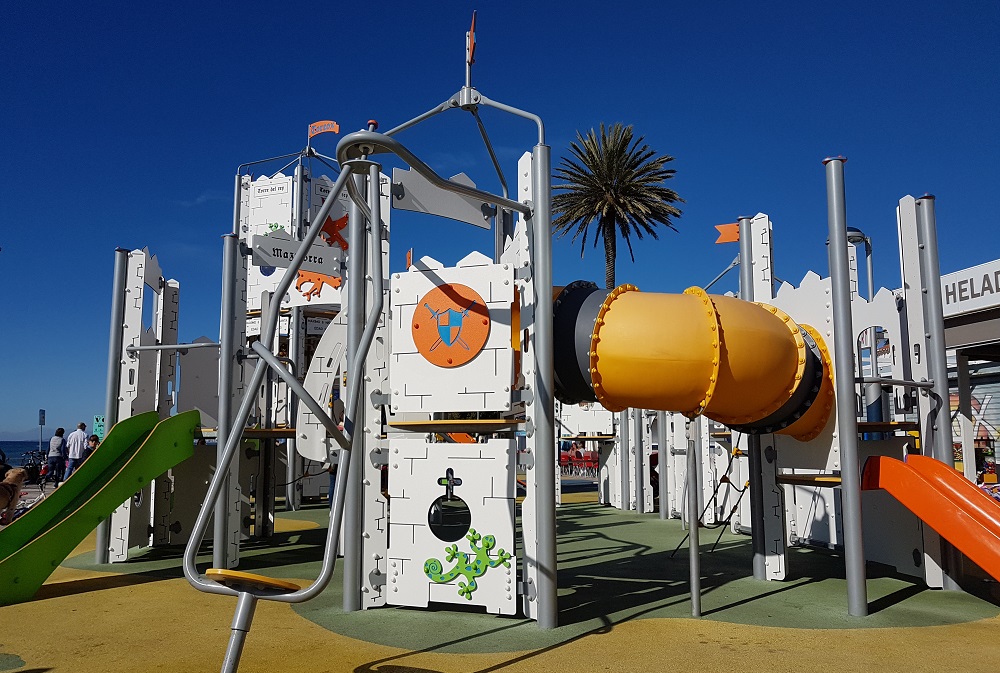 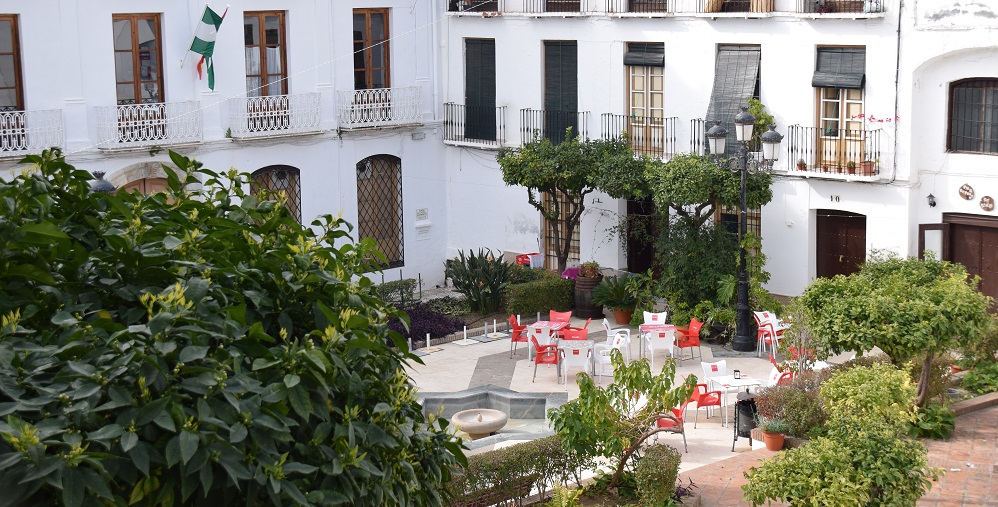 One of the best restaurants in Torrox is La Farola (Edificio Nautico, Avenida de España, 8, El Morche; 952 532 379). It’s located on the promenade in Torrox Costa and has a whole load of tempting dishes to choose from, served up with some of the friendliest service around. We recommend the grilled prawns or the timbal de aguacate y atún (avocado and tuna timbale). Delicious.

In Torrox Pueblo we’d heartily recommend Bar La Casa (Plaza Constitucion, 2; 952 022 803), with its cracking location on the main square. They serve international food with local products, and in summer they sometimes put on rather fun flamenco shows. 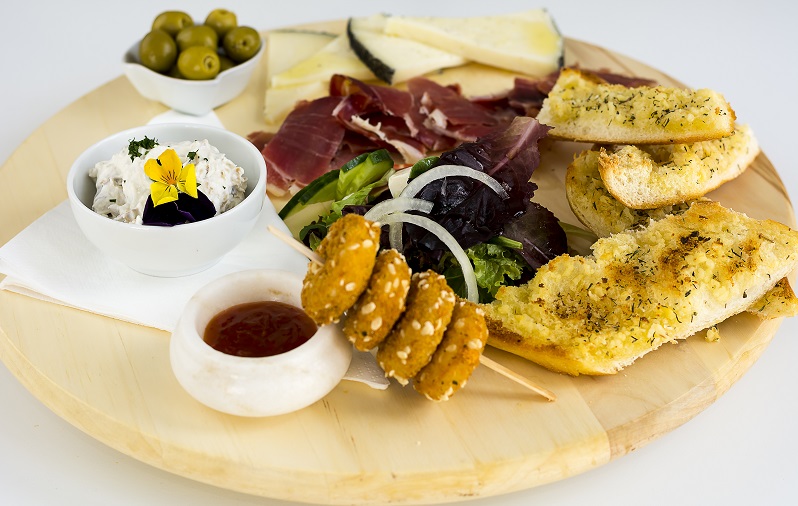 A word of advice: during the summer months it’s never a bad idea to book a table before going to any of these restaurants as they’re usually full of people.

If you’re planning to stay in Torrox Pueblo the best place to stay is Hotel La Casa (Hotellacasatorrox.com). A boutique hotel located in the centre of the old town of Torrox, it’s picked up plenty of prizes over the years and was voted no. 1 hotel in Spain for quality, service and price in 2012. 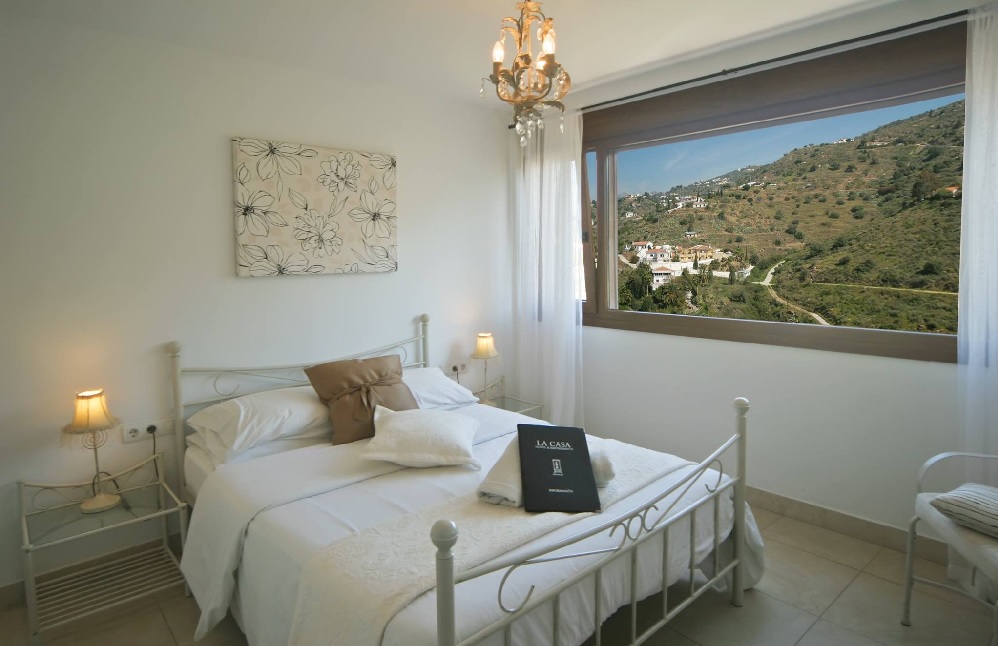 If you’re looking for something more rural the newly opened Casa Siempre Viva (Casasiempreviva.com) is a winner. It’s the first eco-friendly boutique accommodation in the area, they cook with fresh and organic products, the facilities are brilliant and very well equipped, and the views are simply stunning. 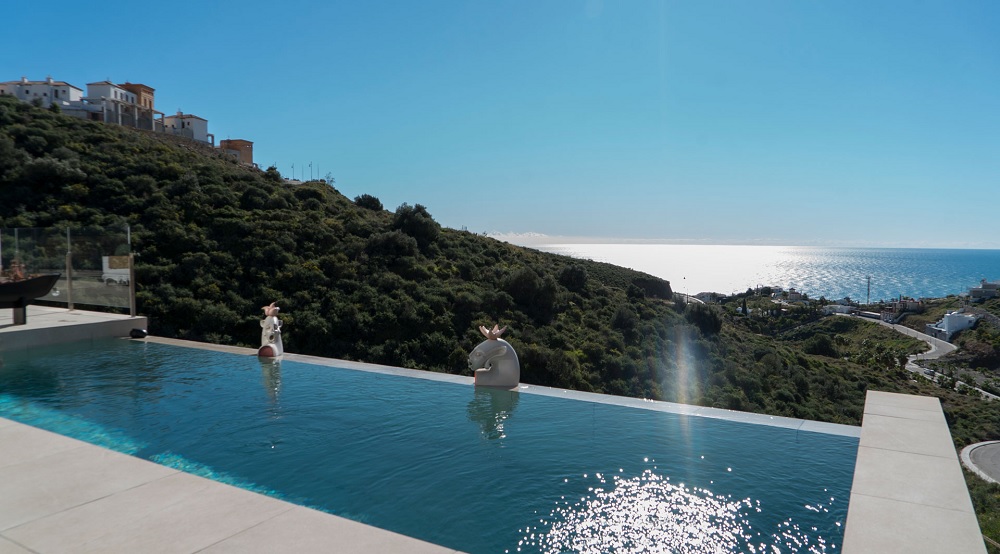 If you’d rather stay close to the beach, we’d recommend the Hotel Iberostar in Torrox-Costa (Iberostar.com), a 4-star hotel with lots of facilities. 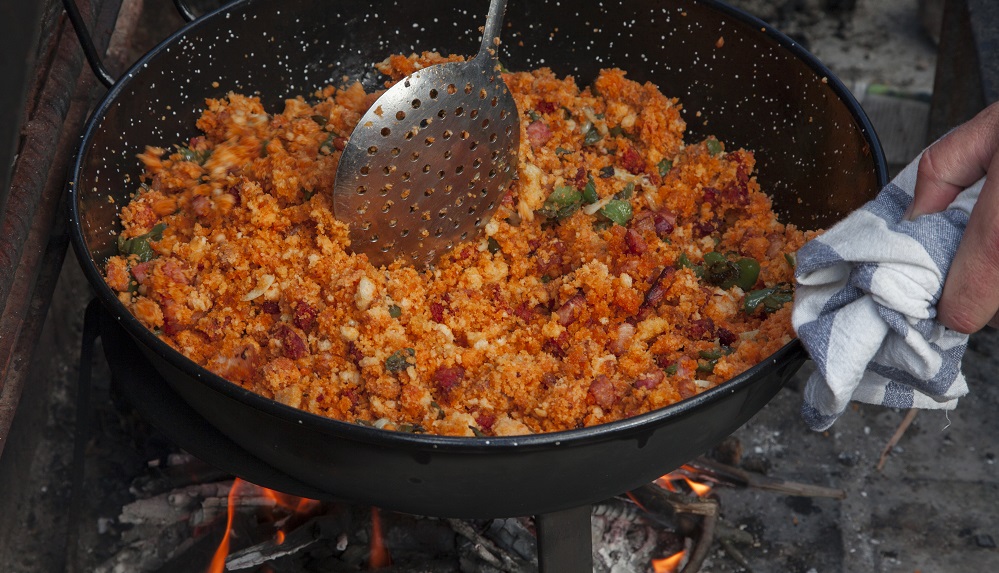 Usually falling on the third Sunday of December, Torrox Pueblo celebrates the day of its most popular dish, migas, by giving away (for free) a dish of fried breadcrumbs with arriera salad (a salad with codfish, tomato, onion and oranges) and also glasses of typical sweet wine.

The festival starts around 1pm in the main car park of Torrox, and after lunch there’s a big party with music on the main square (Plaza de la Constitucion).

Important: get there on time. Every year more than 30,000 people make their way to Torrox to enjoy the delicious migas. 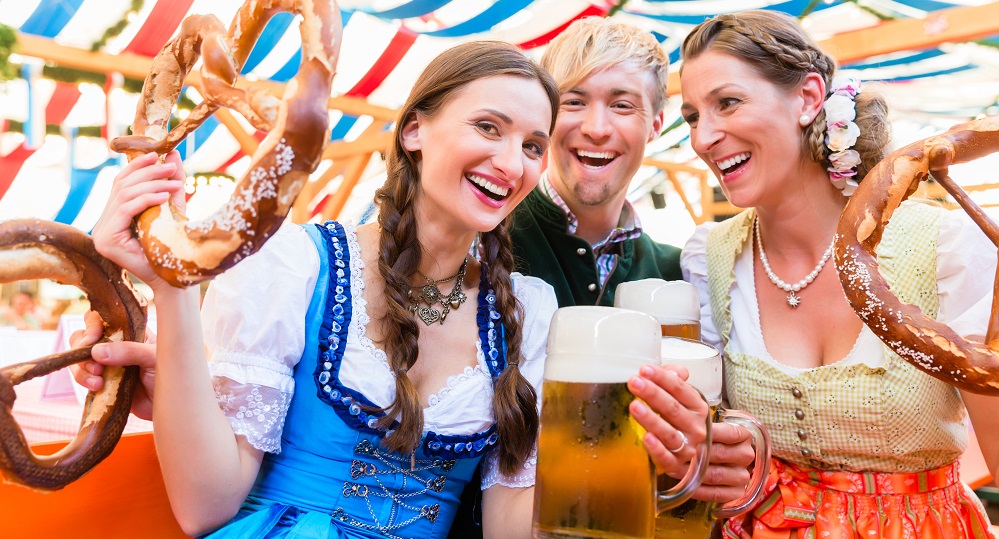 Europe’s best climate aside, Torrox has another claim to fame: it’s home to the largest population of Germans on the Iberian peninsula. As a result, it goes for Oktoberfest in a big way.

Celebrated at the end of September, it started as a small gathering of German friends and every year got bigger and bigger. Nowadays, lasting over three days, it’s considered one of the biggest beer festivals in the south of Spain.

One of the streets of Torrox-Costa becomes a huge fair with lots of food and drink stands where you can try typical German food… and, of course, lots and lots of beer. German music is also played, and you can find both Spanish and German neighbours having a great time. It’s a great way to spend the day with friends in a friendly environment.

Every year on the first weekend of October, Torrox celebrates its feria in honour of its patron saints, the Virgen de las Nieves and San Roque.

August 5th is actually the real date for these saints’ celebration, but they moved it because it’s too close to the other patron saint celebration (see below).

The feria lasts four complete days. It starts with a speech in honour of the chosen herald (which changes every year) and finishes with the procession of the saints on the fourth day.

The old town centre is full of colours and life these days with lots of options to eat and drink and also with activities for everyone, such as tasting of typical local delicacies, activities for the little ones and different musical performances on the official booth (caseta oficial).There‘s also a fair for children in the evenings and pop-up clubs/bars for young people.

If you’re visiting Torrox in August, you definitely have to go to the El Morche Feria. El Morche is on the west coast of Torrox and celebrates its feria in honour of its patron saint the Virgen del Carmen.

El Morche was originally a small fishermen’s village. This virgin is traditionally related to the fishermen as it’s said that she protects them on the sea.

The feria lasts four days and it’s celebrated in mid-August, around the 15th. It’s a great chance to enjoy an espeto dish for free made in the fisherman’s hut, or la Choza, as they call it.

The promenade undergoes a transformation during feria. It’s full of food trucks and places to eat and drink, pop-up clubs/bars in which to dance all night long and a stage to enjoy regional and folk dances.

At the end of the promenade is the football pitch, which becomes a huge fair filled with attractions for the kids. During the day, you can enjoy activities such as children’s promenades, live music, chess, football and even fishing competitions.

Even though this feria has become well-known throughout the province, it still remains one of the most special days of the year for the families of El Morche.

When to Go to Torrox 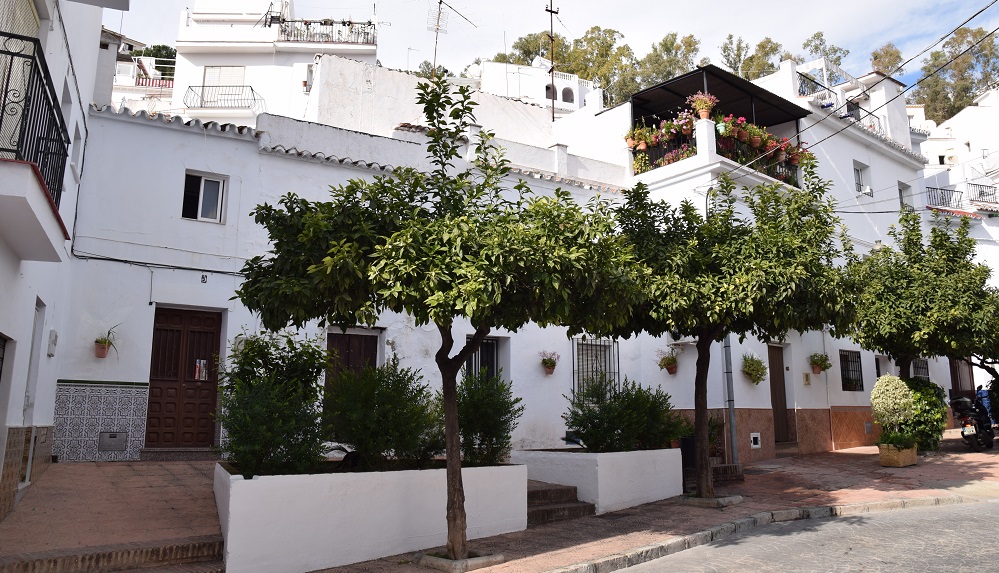 One of the best times to visit Torrox is on 3rd May for the Fiesta de las Cruces, held on the streets of the historic centre.

Traditionally this fiesta is celebrated throughout Andalucia, in honour of the True Cross (Vera Cruz), but the cruces are totally different to the ones in Torrox.

Neighbours of the streets of the old town gather together to build tiered altars filled with different objects.

The symbolism of every object is different as a result of the mixture of the Jewish, Moorish and Christian cultures. For instance, there’s a pear which symbolises Eve’s sin and a pair of scissors stacked on it, which means “the perfect measurement of a compass”. At the top of the altar there’s a crucifix with a mirror behind it. Mastranto, an aromatic plant found in the wetter areas of the village, is scattered on the floor.

On the steps, different objects are laid out as offerings: dolls, fruits of the season, flowers and the pear with the scissors stacked on it. On the sides of the altar, they put vases with white carnations and different plants.

With many years working as a tour guide (in Spanish-English/German/Italian) Cipriano is capable of communicating fluently his passion for Andalucia and the Axarquia. From Velez-Malaga, he is enormously enthusiastic about the heritage of the Axarquia and offers expert insight into the whole area.

What to expect from an Oletrip? These guided tours offer things that aren’t easily available to the general public, for instance: a day goat herding, a local family’s beautiful olive farm with tasting or a deep historical trail through the romantic mountain villages. This access-all-areas approach is Oletrip’s way of allowing visitors to experience the 1000 years of interesting culture the Axarquia has to offer. Oletrips’ noble mission is to promote responsible tourism.

To learn, see and taste more of Torrox, join Oletrips on their Wine & Sun Route.